This summer, as Prince Edward Island has been largely closed to outsiders, there have been reports of “plate-shaming”: dirty looks, nasty messages, and even vandalism directed at cars with off-Island license plates.

P.E.I. has largely avoided COVID-19 so far and wants to keep that streak, and its citizens, alive. Even if plate-shaming conduct is thus understandable, it is especially striking given that the Island has long cultivated a reputation for being friendly and welcoming to visitors.

But in completing an upcoming history of tourism on Prince Edward Island, history professor Edward MacDonald of the University of P.E.I. and I discovered that there has always been a strand running though this history of some Islanders expressing ambivalence, displeasure, or outright hostility towards tourists and tourism. Call it Island “hospitility.” 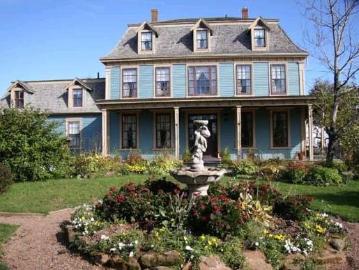 The attitude has existed for as long as visitors have been coming to the Island. A major rationale for banning the automobile in 1908, for example, was that it would keep out speed-mad come-from-aways. It worked, but within a few years, the desire for the money that “autotourists” brought was enough to overturn the ban. Sometimes chauvinism against tourists manifested itself simply as price-gouging, as in the 1920s and ‘30s, when some hotels charged off-Islanders twice what locals paid.

In 1929, American geographer F.A. Stilgenbauer described Islanders’ insularity as if he had discovered a rare and reclusive species. Islanders, he wrote, “view the visitor with suspicion until his wants are made known. Visitors are occasionally threatened with arrest because of suspicion. When the Islander is satisfied one means no harm he will show his warm hospitality.”

When tourism grew in importance to the Island economy, the negative opinion of it grew in tandem — or grew more vocal. Some Islanders felt it was a frivolous enterprise that only distracted the province from the more noble and authentic pursuits of fishing and farming. A provincial cabinet minister in the 1930s, convinced that tourism was little more than expatriates returning home for a week each summer, sputtered in the legislature, “Tourism! Tourism! What good are tourists anyway? They bring home an old shirt, and then they go back to the States with all your strawberry jam!”

By 1973, the strain of anti-tourist sentiment was well enough known that the P.E.I. Department of Tourism published advertisements instructing locals how to engage with visitors: “Speak slowly and distinctly (but don’t “shout”) …. Be enthusiastic and well-informed about your local sightseeing attractions …. Be friendly. Be helpful. Be hospitable.“

Such a condescending lesson on how to be a good host went over as badly as you might expect, sparking a general backlash against the government’s attempts to direct its citizens. Along with other events, this advertisement fed the creation of a semi-satirical protest group called The Brothers and Sisters of Cornelius Howatt, named after the one P.E.I. legislature member to vote against Confederation. An undercurrent of antipathy to tourism has travelled right down to the present. 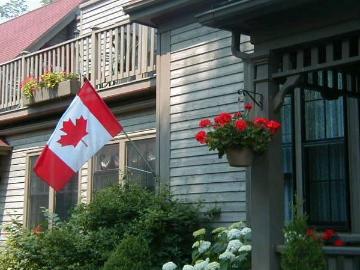 The Trouble with Tourists

None of this is to say that Prince Edward Islanders are unique, or even unusual, in resenting their society’s dependence on tourism. Every destination could probably compile its own history of hospitility.

Tourism exerts pressure on a location: it must do more than just be itself, but also conform to the desires of the broader world. The visitor looks for what they wish to find in the landscape and people of the destination — and sees what they wish to see. But the host is looking too. And because the tourist pays for what they want, tourism becomes for the host as much a market survey as it is an act of cultural self-discovery.

In the case of P.E.I., tourism over the past 150 years has simultaneously encouraged it to change to accommodate visitors’ needs and to stay unchanged — simple, pastoral and friendly — to accommodate visitors’ desires. It is hardly surprising that some hosts bristle at all that tourism demands of them — first and foremost, that they be “hosts,” whether they want to be or not.

Yet a negative attitude toward tourism is by no means universal. For every “plate-shamer” this summer, there are likely twenty Islanders happy to see the return of cars from away. Not only do such cars signal the beginning of a return to normalcy, they more materially signal a return of tourist dollars.

Tourism consistently contributes a greater percentage to the gross domestic product of P.E.I. than it does to any other province. Islanders could not simply step away from the tourism trade, even if they wanted to. Both in terms of contributing to their economy and defining the image of their home over the past century and a half, tourism has helped make them who they are.