While the rest of the world is caroling, wearing homemade sweatshirts, and having eggnog, the Czech single women are tossing their shoes over their shoulders. It doesn’t matter if it’s the latest style out in the market. Whether it’s a genuine leather boot or an all-white sports shoe, Christmas in the Czech Republic means those shoes are flying.

Christmas in the Czech Republic

Every culture in the world is grounded on certain beliefs. Some are unique to a community, while others have common ground. In the Czech Republic, for example, folklore and myths bear much weight in rituals and superstitions honored by the people.

They believe that food has magical properties, that some items can attract money and wealth, and the possibility to foretell the future. Christmas in the Czech Republic comprises over a hundred of these colorful and unique rituals and superstitions. Most of it is geared toward having a favorable year ahead or knowing what the coming year holds. 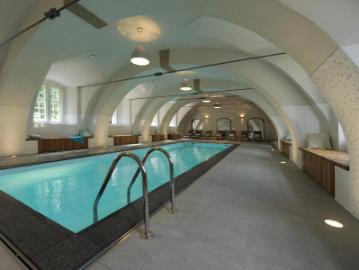 For single or unmarried Czech women, this is the time for them to get a heads up if they would be tying the knot soon or maybe not so soon.

There is a long-standing tradition for every Czech household to have their unmarried women stand near the doorway, face away from it, and toss one of their shoes over the shoulder. This ritual is said to foretell what the coming year holds for them in terms of marriage.

Once the shoe lands, the judgment begins. If the shoe falls with the toe pointing towards the door, the year will not end with the bearer of the shoe staying single. However, if the result shows that the toe of the shoe is pointing elsewhere but the door, then it means that there will be no marriage in the woman’s upcoming year.

Whether having the shoes pointed at the door is a good or bad omen depends entirely on the person who tossed the shoe.