Washington has a lot to offer when it comes to tourist attractions, most of which are nature parks with scenic landscapes. However, the state’s cityscapes deserve some attention, as well. Seattle’s skyline, for example, even includes the state’s most visited tourist attraction, the Seattle Space Needle.

This tourist attraction not only has a viewing deck but also a restaurant and a shop to satisfy a tourist’s itinerary. 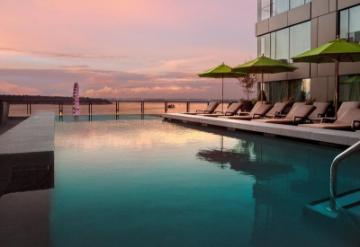