Click on our affiliate badge and check out awesome accommodation promos on Agoda.

Before the novel coronavirus, few feared flying thanks to the extreme rarity of airline crashes in the U.S., and domestic inflation-adjusted fares that were about the lowest ever. As a result, a record 811 million people flew within the U.S. in 2019.

Today, fares are at rock bottom, but Americans’ fear of flying may be the highest it’s ever been, as the risk of sitting in an enclosed space with several hundred strangers – seemingly the perfect conditions for an infectious disease – is making most people avoid the skies. Passenger traffic plummeted 95% in April from a year earlier and remains significantly lower than normal.

As an aviation historian, I feel a bit of deja vu. Almost two decades ago, demand similarly evaporated after the 9/11 terrorist attacks led to a nationwide grounding and fear of flying that persisted for several years. Here’s how the industry overcame passenger jitters – and what lessons it holds for today. 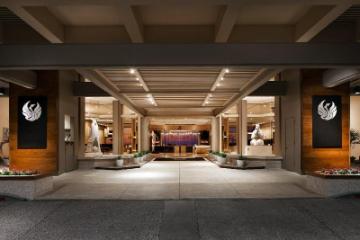 Although the odds of being on a plane that gets hijacked are extremely slim, the perception of this changed significantly after 9/11. In a poll taken immediately after the attack, more than 40% of Americans said they were less willing to fly.

The U.S. government ordered all airports closed for three days. When they reopened, passenger traffic was still down almost 30% from the previous year. Simply put, if people were going to take to the skies again, the airports knew they had to provide a level of security that made people feel safe.

That’s why passengers returning to the airports in the days after 9/11 found a much different environment that included armed military patrols, heightened scrutiny of identification and more careful screening of both people and bags before they were allowed on the aircraft. While the soldiers were eventually replaced by uniformed agents of the newly created Transportation Security Administration, the other measures put in place remain to this day.

Airports and airlines were able to quickly get the new infrastructure into place because much of the basic equipment had been developed in response to a long history of hijackings and other terrorist attacks against aviation. And over the years, they had developed X-ray machines, magnatometers and explosive detection equipment.

In other words, they knew just what they needed to do to address passenger fear and already had the tools to do it. It took several years, but the airline industry eventually did recover, and Americans once again were flying in record numbers.

In 2020, however, the aviation industry is faced with a new challenge: an evolving pandemic that shows no signs of ending for months if not years.

The coronavirus crisis has not only made people more afraid to fly, it’s taken away most of our reasons for flying in the first place. Why fly if there is nothing to fly to – no conferences, no in-person business meetings, no or limited open vacation spots?

In June, passenger traffic through U.S. airports was down about 81% from last year’s levels, only a slight improvement from May and April, when most of the world was under lockdown.

Unlike terrorism, the aviation world has little history dealing with pandemics and no broadly agreed-upon set of accepted equipment or procedures. Past outbreaks, such as SARS in 2003 and MERS in 2005, had only a modest effect on international travel. 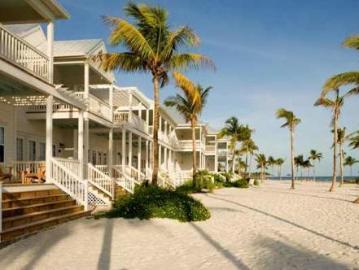 In 2003, for example, the World Health Organization said the danger of SARS transmission on an aircraft was quite low, and the entire outbreak lasted only a few months and infected a little over 8,000 people in 29 countries.

In 2015, MERS was recognized as a threat to aviation but, even more so than SARS, proved difficult to transmit and was largely confined to the Arabian peninsula.

That’s likely why the TSA and the industry were rather slow to adopt new policies dealing with the COVID-19 threat. Although the virus reportedly had been in the U.S. as early as December, the TSA didn’t begin notifying passengers when and where its agents had tested positive until mid-March, shortly before the first stay-at-home order on March 19. The Centers for Disease Control and Prevention issued its first guidance on the use of masks on April 3. It was another month, though, before airlines began requiring passengers to wear masks – and even today, not all carriers do. And then it was weeks later before airports began introducing new cleaning and health procedures, including requiring all employees to wear masks.

A mishmash of policies

After 9/11, Washington – the Federal Aviation Administration, Congress and the White House – provided strong and largely consistent action and messaging aimed at facilitating a rapid recovery of air travel in the U.S. The COVID-19 challenge to aviation seems to lack the same response from Washington, leaving most actions to the airlines and local airport officials.

The result has been a mishmash of policies and procedures with largely empty airports and airlines struggling to balance passenger loads, social distancing and dwindling revenues. As a result, cuts to capacity mean many planes are once again packed to the brim, even as the pandemic worsens in the U.S.. While some airlines have promised to continue social distancing on planes by keeping middle seats open, others, such as American, are aiming for full capacity.

The novel coronavirus represents a new threat to aviation, and it may take a long time for the industry to develop the equipment, policies and procedures to deal with it. It may be too late for the current pandemic, but hopefully we’ll be ready for the next one.